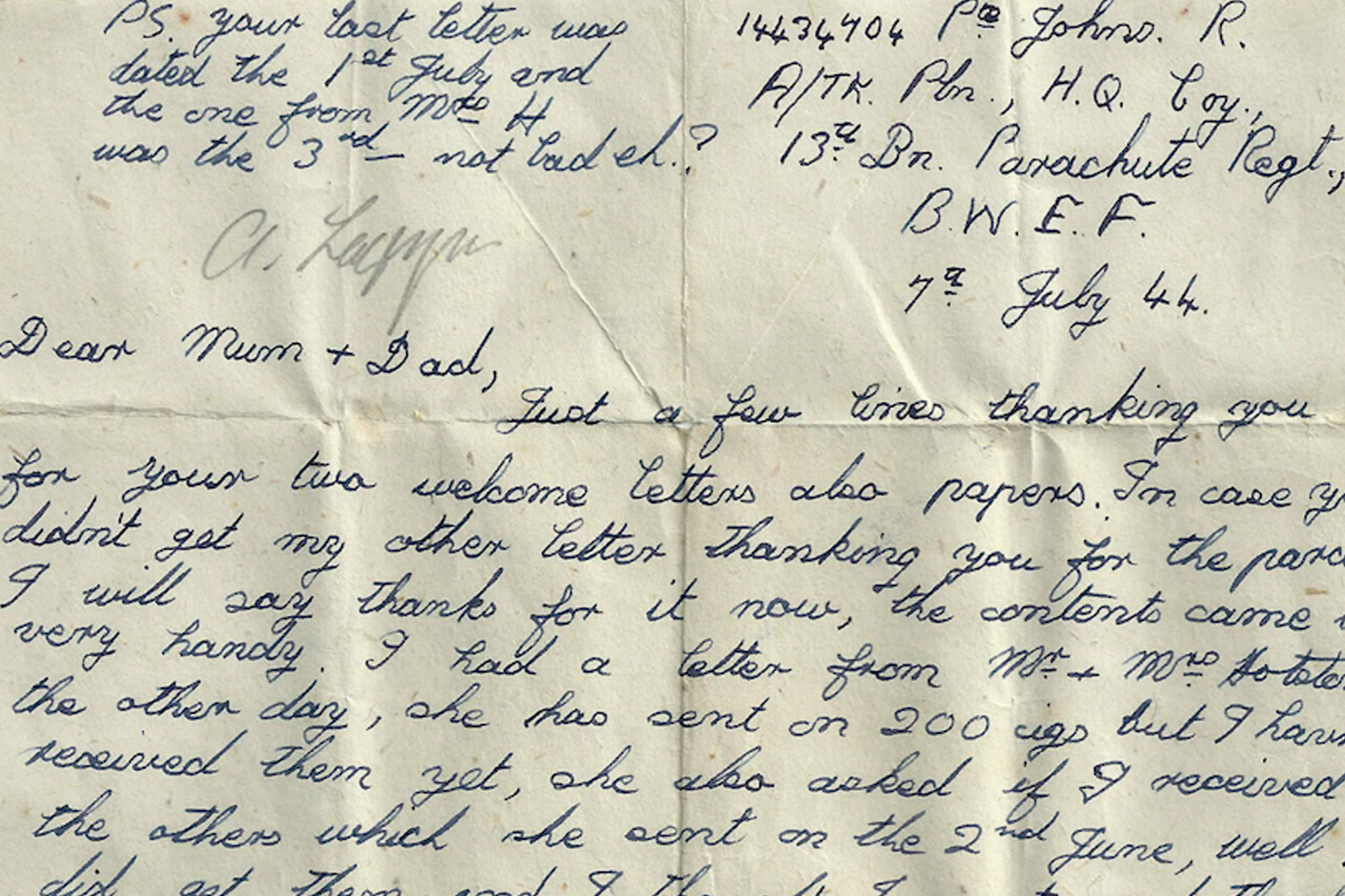 Sixteen- year-old Para Private Robert Johns was killed in the Battle of Normandy, just a few days before his 17th birthday.

A fortnight before he died, he wrote this letter to his parents. At the time, they were desperately trying to bring him home from France and had military police trying to track him down.

Sadly, by the time they had located his unit, he had already been shot dead by a sniper.