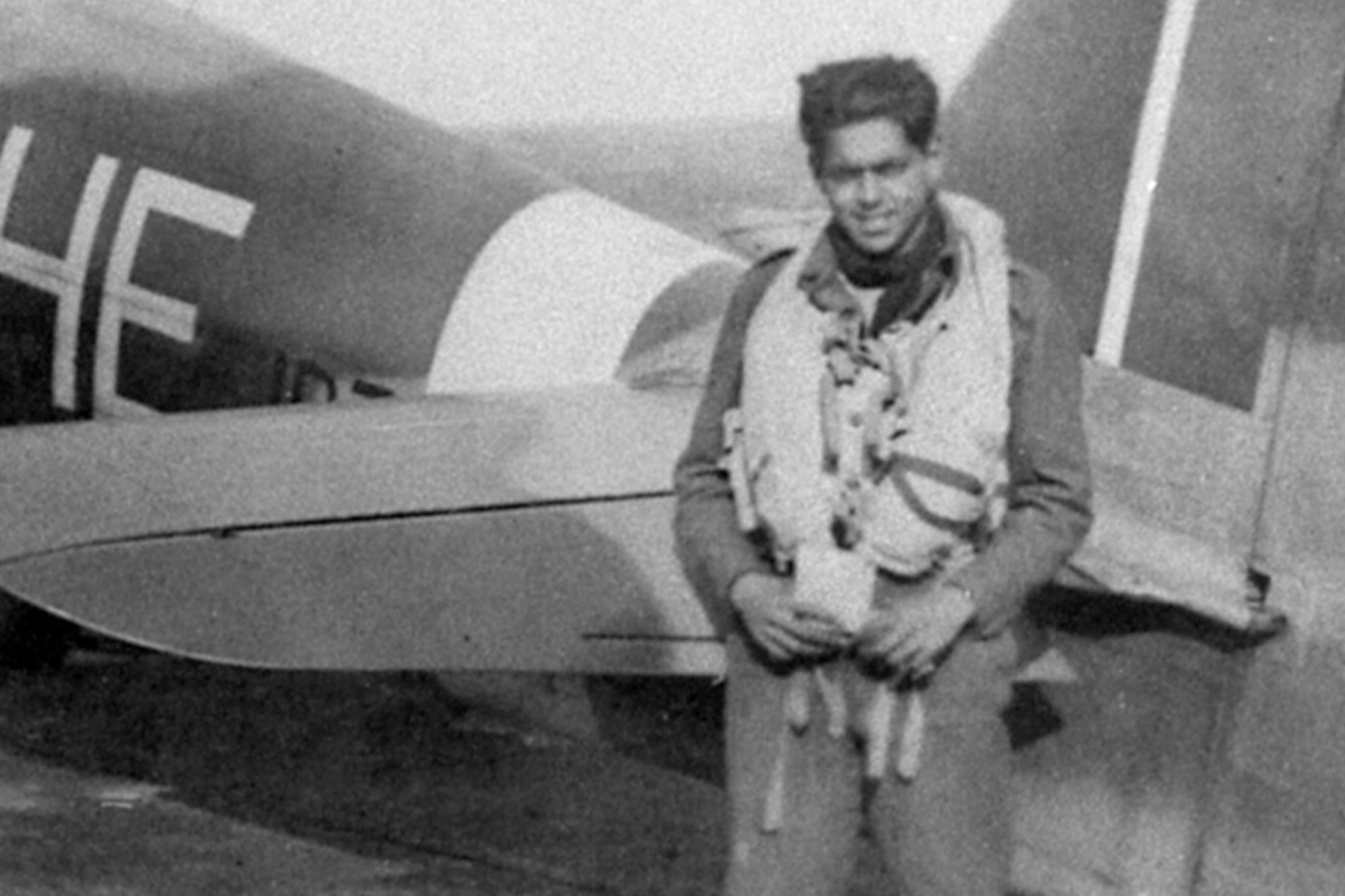 He flew hazardous missions during the Battle of Normandy and was a true aviation pioneer.

As we count down to the 75th anniversary of D-Day, today we bring you the story of Pilot Officer Sayana Puram Duraiswamy Thyagarajan.

Royal Air Force and British Airways pilot, Squadron Leader Dheeraj Bhasin MBE gives us an insight into his mission, and sacrifice, as a Typhoon pilot.

As Pilot Officer Thyagarajan’s story exemplifies, those who lost their lives whilst serving with British units on D-Day and during the Battle of Normandy came from many Allied countries.

Their names will join the 22,442 whose heroism and sacrifice will be commemorated on the British Normandy Memorial.