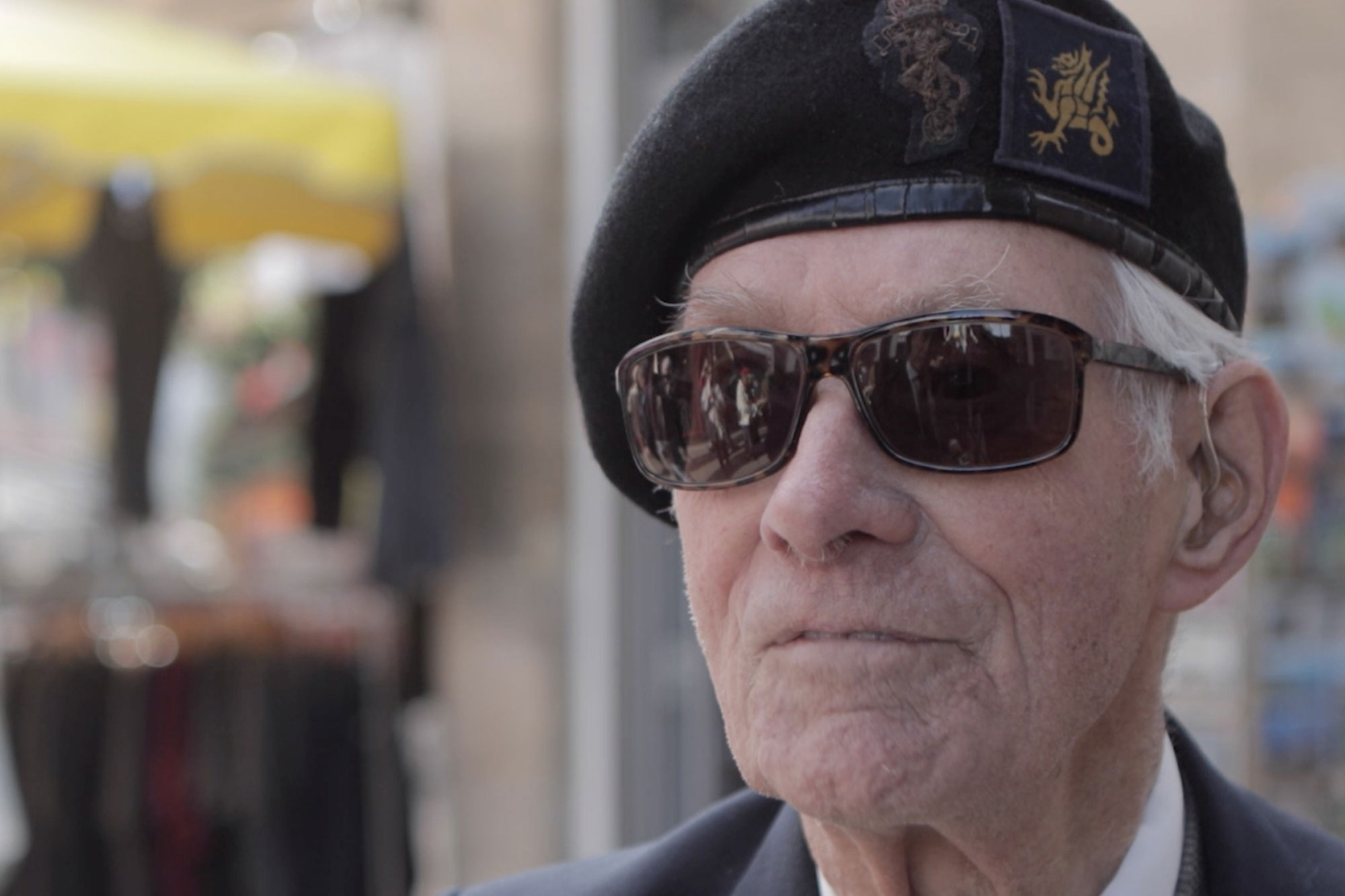 D-Day was delayed due to bad weather, but even as British forces continued to land 12 days later, the sea was still incredibly rough, and the battle still raging.

Since making this film, the Trust has learned that Joseph Mark passed away in February 2019, aged 95.

We met Joseph in Arromanches and it was an honour to ask him about his experiences in Normandy.

Everyone at the Normandy Memorial Trust sends our deepest condolences to Joseph’s family, and also our sincere gratitude for being chosen as one of charities to receive donations at his funeral in March 2019.