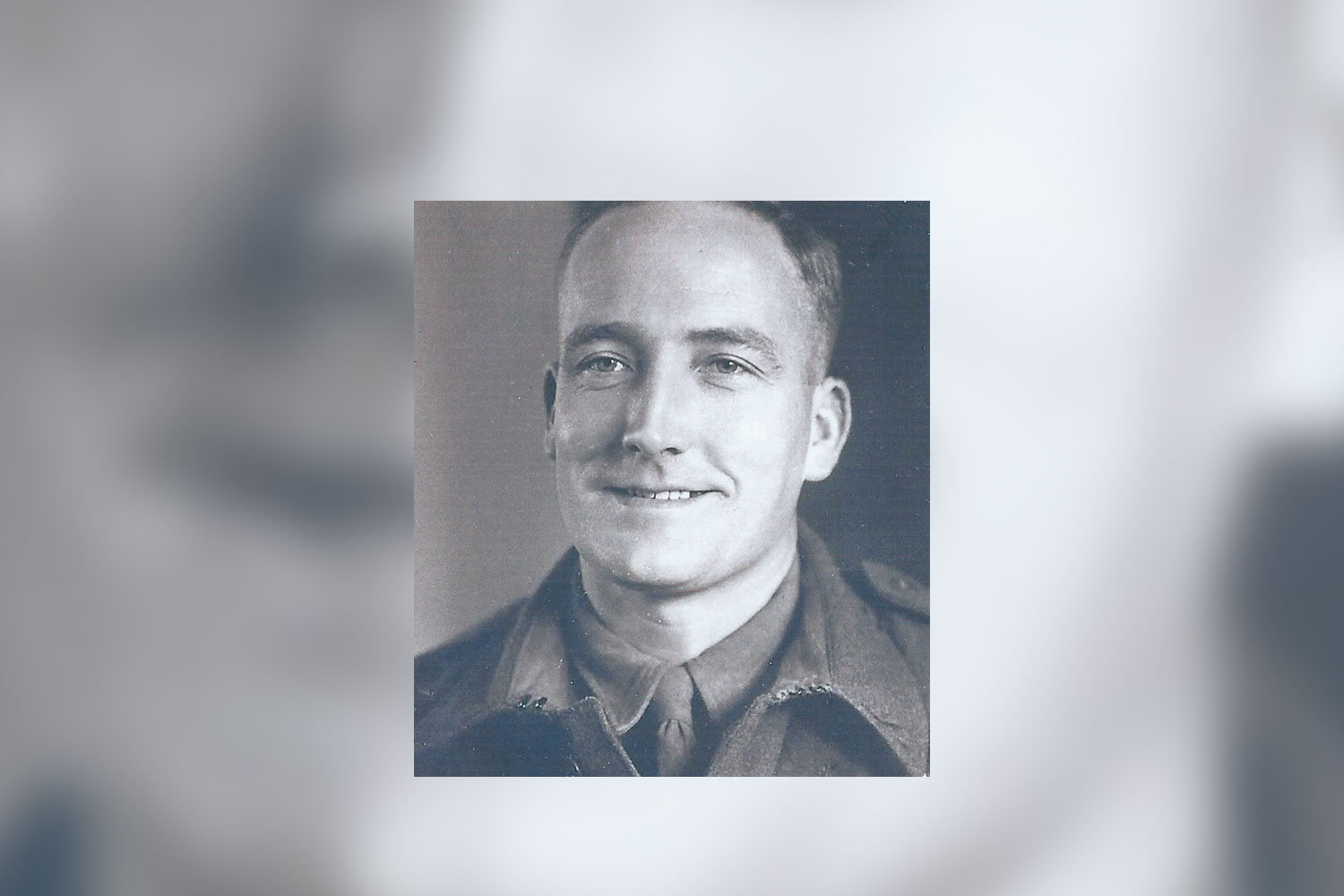 Not every 11 year old gets to hear their Granddad tell them about the letter which the King sent them to commend them for their gallantry in battle.

Robert Henry Erskine, a Gunner with 25th Field Regiment, Royal Artillery during the Battle of Normandy, was awarded the Military Medal for bravery during an operation near Caen on 26th June 1944.

His citation, which was signed by General Montgomery, Commander-in-Chief of Allied Ground Forces during the invasion of Normandy, praised his ‘undaunted courage in the face of repeated dangers’.

Here is Robert Erskine being interviewed by his grandson, Damian back in 1995, when Damian was a boy.

Damian grew up to be a multimedia designer. He designed our website. We’re pleased to share the story of his Granddad’s bravery.

Robert’s comrades who were killed in action will soon be named on the British Normandy Memorial.