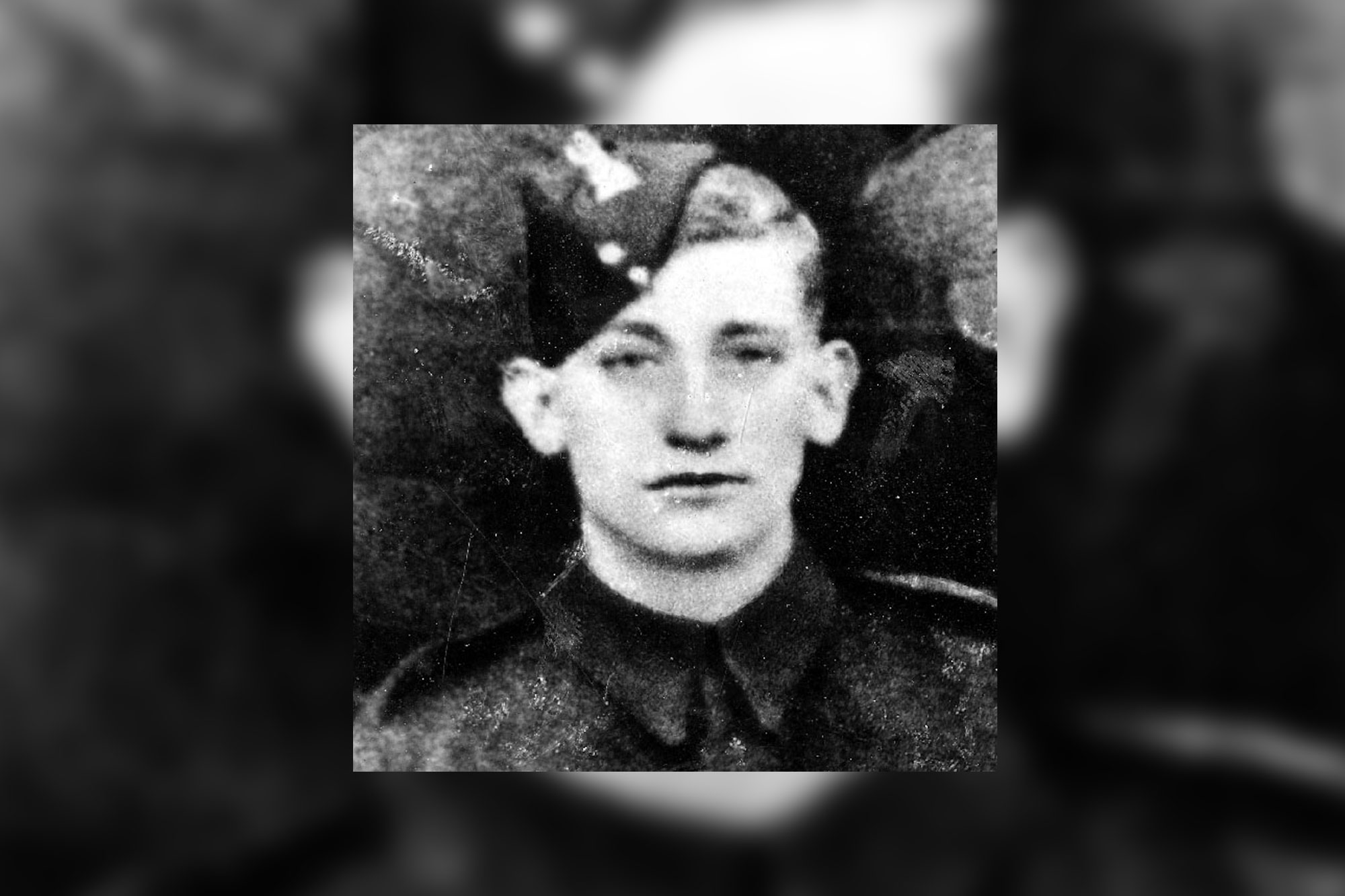 Throughout this series, we’ve told you about the deaths of men and women from all over the World who gave their lives whilst serving under British command during the Battle of Normandy.

They came from all ranks, from all walks of life.

We must remember their sacrifice and the important role which they played in liberating France, and eventually the World from Nazi tyranny and oppression.

However, out of these 22,442 names which will be inscribed on to the stone of the British Normandy Memorial, one will stand out.

That names belongs to Corporal Sidney Bates from Camberwell in London.

What Corporal Bates did on the Normandy battlefield has become the stuff of legend, for this young man, who was only 23 when he was killed in action, is the only Victoria Cross recipient to be named on the British Normandy Memorial.

Here is the story of Corporal Sidney Bates VC, as told by his nephew, Chris Bates.

The Victoria Cross is our country’s premier Operational Gallantry award. The MoD states that it is given only for ‘acts of the most conspicuous bravery, daring or pre-eminence’.

It rewards outstanding acts of valour, self sacrifice or extreme devotion to duty in the presence of the enemy.