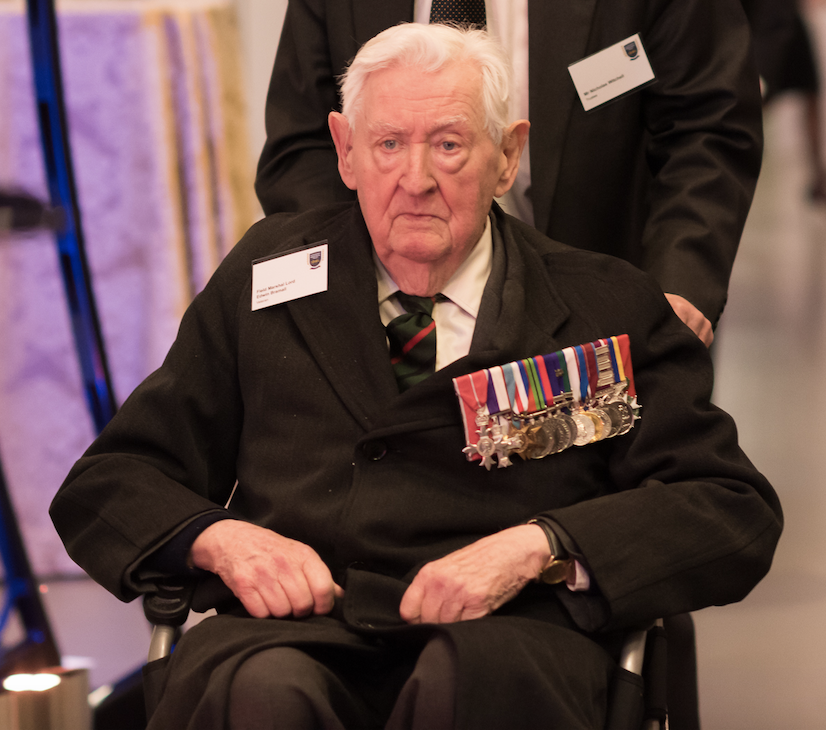 It is with great sadness that the Trustees and all involved with the British Normandy Memorial project have learned of the news of the death of Field Marshal The Lord Bramall earlier today at the age of 95.

As a junior officer serving with the Kings Royal Rifle Corps he took part in the Normandy Campaign of 1944 and was awarded the Military Cross for his actions later in the closing stages of the Second World War.

We were all delighted that in February this year he was present at the National Army Museum when the British Normandy Memorial project was officially launched.

Today the Nation has lost one of its finest soldiers. We all have so much to be grateful to him for.