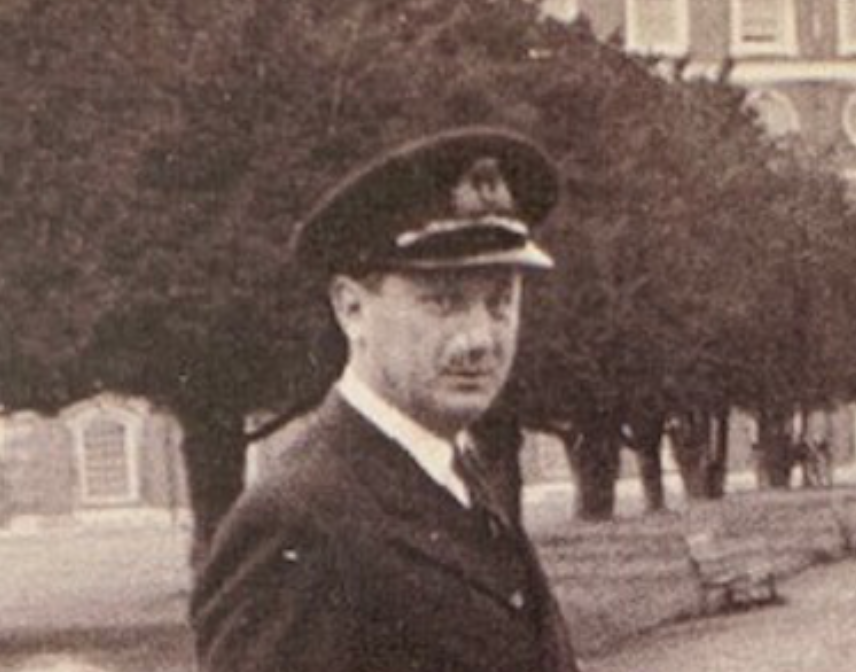 Remembrance 2020: Memories of a beloved father

Lieutenant Theodore A.M. Ionides served in the Royal Navy Volunteer Reserve. He died on 10 June 1944 at this time of Remembrance his daughter, Anthea Ionides, has shared the story of her beloved father with the Trust.

Theodore is one of the 22,442 named on the British Normandy Memorial.

My father, Theo Ionides, was born in 1900. He went to the Royal Naval Engineering College at Keyham and in 1918 he went to sea as a midshipman. When the war was over, he left the Navy and went to The Queens College, Oxford, where he was among the first intake of undergraduates to read Engineering, which had not been considered a scholarly enough subject until its value was recognised after the War. He is on the War Memorial at Queens. 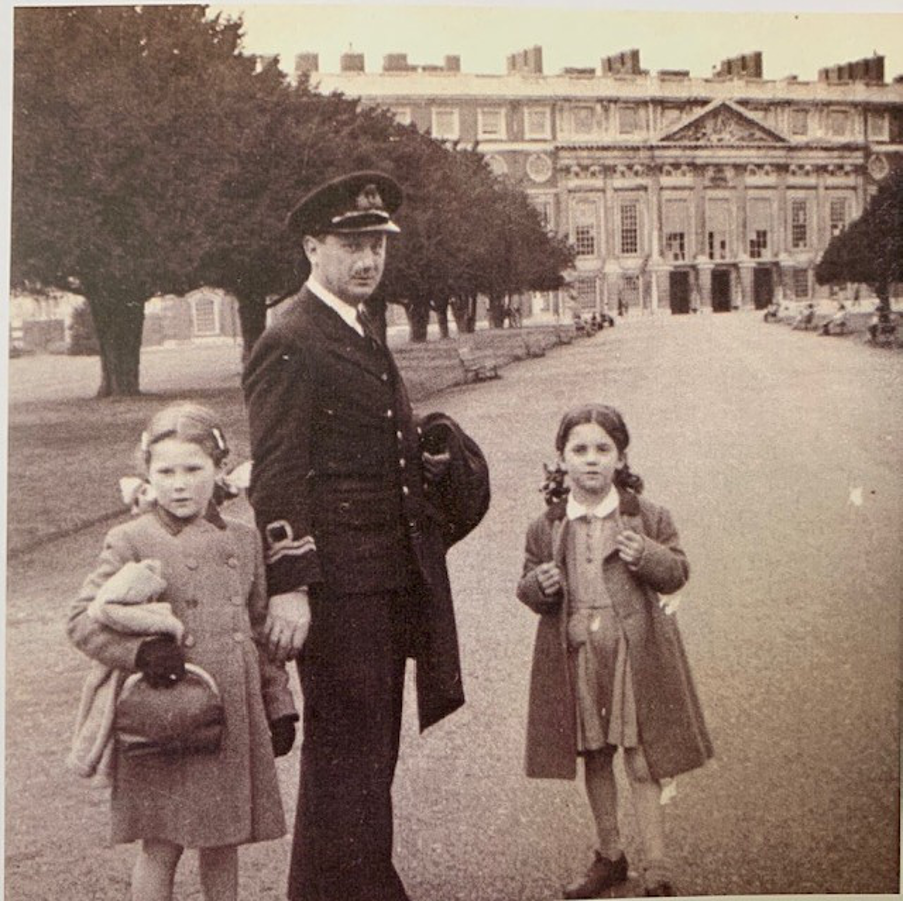 Theodore pictured with daughters Anthea (left) and Penelope (right). Taken on a trip to Hampton Court in April 1944, his last period of leave before D-Day.

When the Second World War was declared, he enlisted back into the Navy, this time into Naval Intelligence; he was one of Ian Fleming’s commandoes -30AU- based in the Citadel, which is the concrete building on the left as you enter The Mall through Admiralty Arch. Most of the rooms were underground and therefore bomb-proof. My father’s expertise was bomb disposal.

In 1943 he was sent to Malta. We knew he was going away, but we didn’t know where. I remember him getting very excited when he was issued with tropical kit! From Malta he went over to Sicily, just after the invasion in July in order to track down a particular type of German bomb. Low and behold he found the bomb he was looking for. He rendered it safe and brought it back to Malta after sending the details of how to defuse it back to the Admiralty. In his letters he referred to bombs as ‘trophies’ – as the censor wouldn’t have allowed the word ‘bomb’.

He came home that autumn, when he was involved in the preparations for the Normandy invasion. He, and his ‘party’, landed in the American sector, and their aim was Cherbourg, sabotaging radar stations on the way. However, on D-day +4, when they had reached Sainte-Mère-Église, he was killed. I remember coming home from school, aged nine, and saw the telegram on the shelf. My mother came home from work, opened the telegram, and read the news that would change our lives forever. My father was dead.