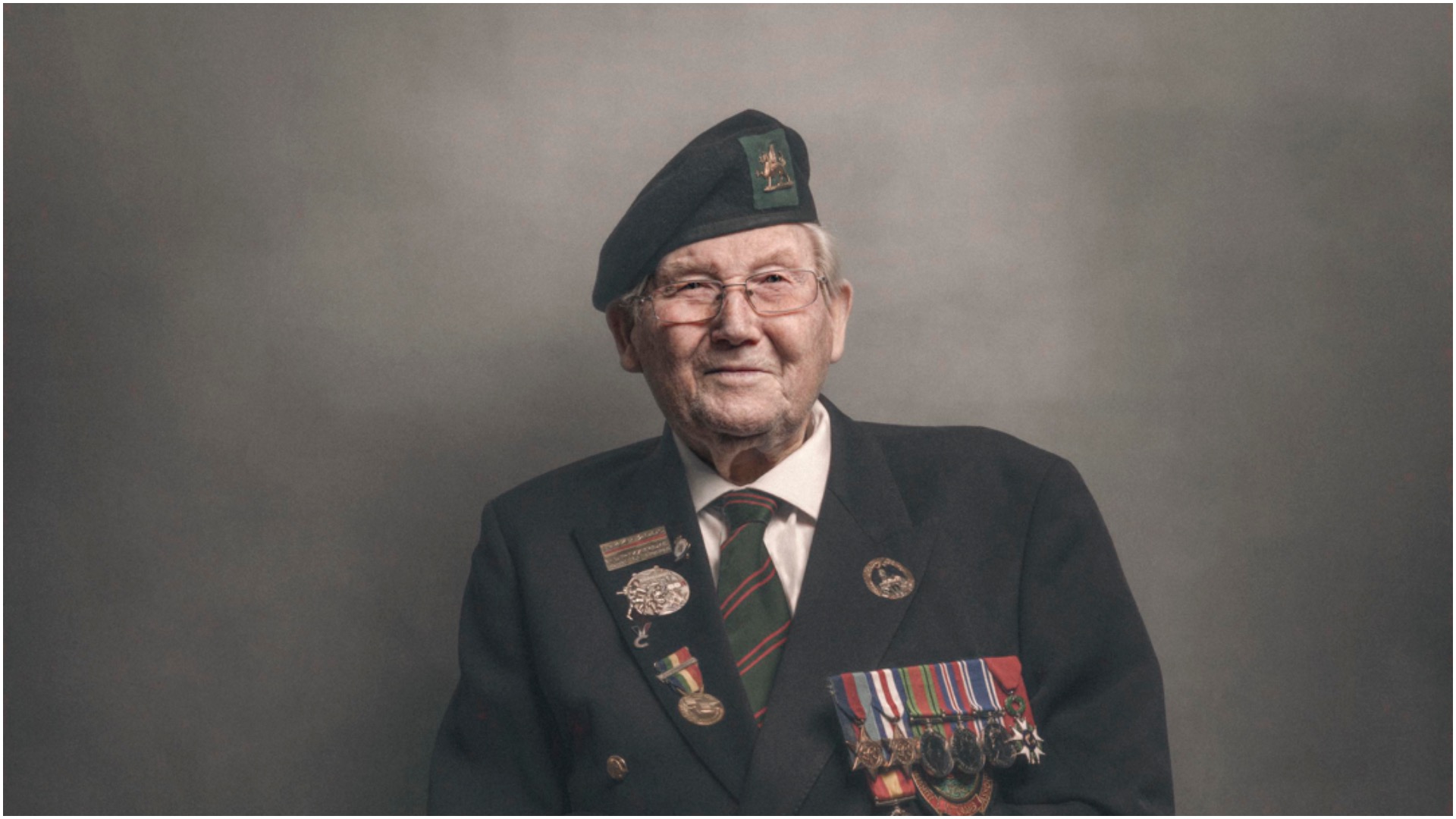 Veteran David Edwards Reflects on the Battle of Normandy

Ahead of the Memorial opening on 5 September 2020, 95-year-old Normandy Veteran David Edwards of the 53rd Welsh Division, South Wales Borders (2nd Battalion Monmouthshire Regiment) reflects upon his experience of war and the loss of so many comrades. The below is published thanks to David and his son, Christopher.

“At first there was an element of excitement and then the grim realities of war grips your soul and in a strange way it never lets go. You became so tired and that’s when you often made bad choices which you could pay for with your life.

When NCOs (Non-commissioned officers) were called to group you knew something would happen and happen soon. You would see men in their trenches. In the dark they would smoke a cigarette without taking it from their mouth, as it burnt it would reach their fingers and start to burn and they would not feel it, not a sound, flick it away and light another. Tiredness, fear, often no words, just knowing looks when you moved off, never goodbyes. But then a purposeful movement, senses tuned into what was ahead – the point of the spear. Then often after the offensive or engagement you looked for missing faces, then back to being tired – that was your life.

This Memorial is the recognition of all those men who, when it was most needed, put their fear, dreams, aspirations and tiredness to one side and paid the ultimate sacrifice for us all.”

Below is a moving tribute to the fallen – Veteran David Edwards recites a poem entitled ‘Normandy 1944’, which he penned more than 25 years ago.

The film was created by photographer Glyn Dewis, as part of his ‘3945 Portraits Project’.