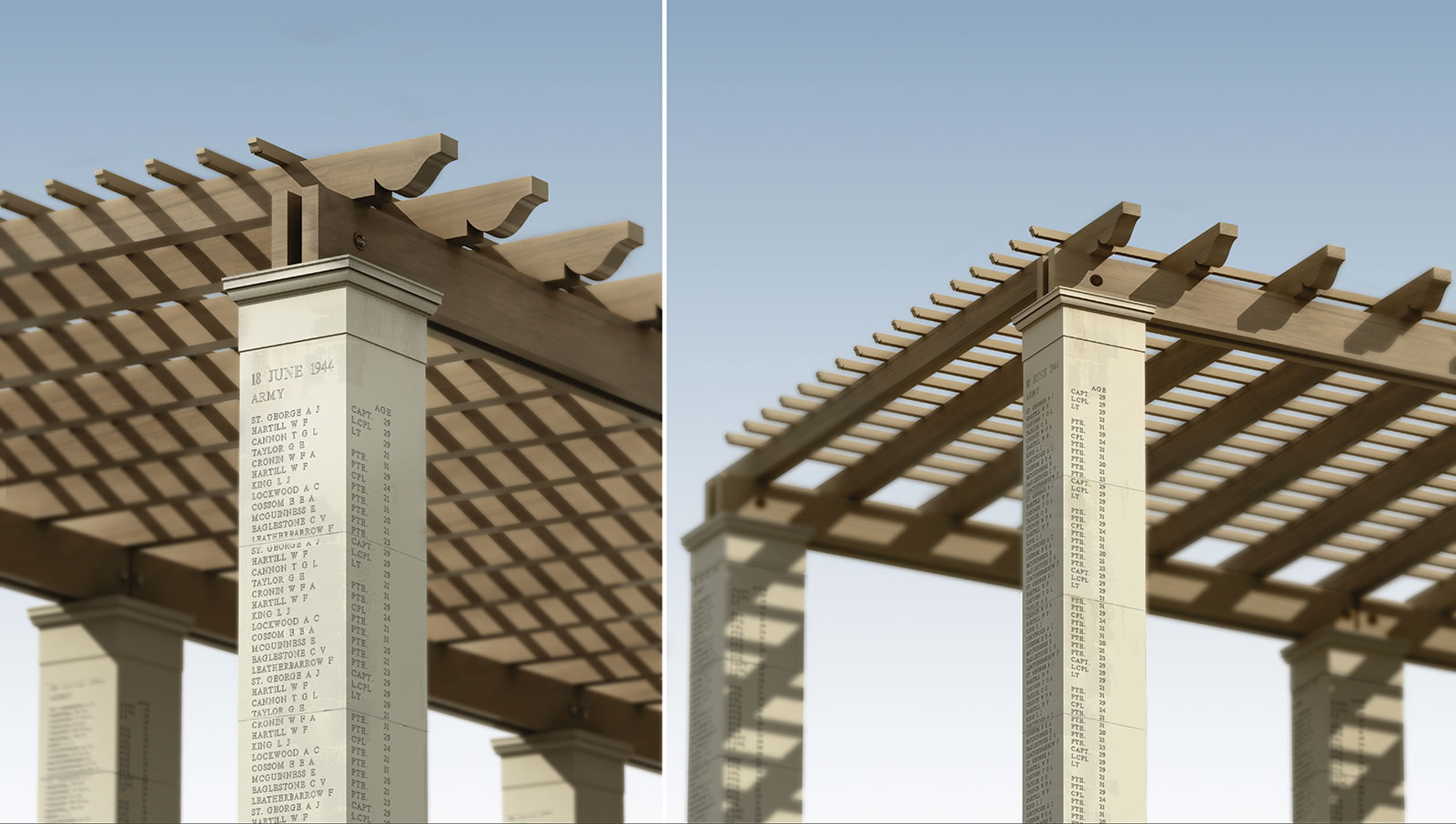 How the Roll of Honour was created

In my role as Lead Historical Researcher I have had the privilege of researching the names of those to be listed on the Normandy memorial. The war dead most commonly associated with the Battle of Normandy are of course those who are buried or commemorated in that region of France. However through this research, the Trust has been able to add to this list the names of many people who up to now have not been obviously connected to the Battle, for example because they are buried or commemorated in the UK or other countries. These include, for example, some personnel who were lost at sea while en route to Normandy, or sailors and airmen who were killed while patrolling to protect the sea routes to France.

The starting point was the Commonwealth War Graves Commission (CWGC) who supplied us with lists of all those killed during the period of the Battle to be covered by the memorial, namely 5th June and 31st August 1944. Starting in April 2017, I have received over 53,000 names.
Some were easy – anyone who died in theatres of war other than Europe were not eligible and those serving in units listed in the British 21st Army Group Normandy Order of Battle and were buried in France were clearly eligible for inclusion. However, many others were uncertain, for example those in units listed in the Order of Battle but who died in the UK – I had to ascertain if they had died of wounds after being repatriated back to Britain.

The RAF expended much effort supporting the Battle but to be able to ascertain if a sortie was a Normandy-related operation, as opposed to targets in Germany and elsewhere, I needed to check the Operation Record Book for each squadron. Royal Navy and Merchant Navy sources also needed to be checked as the CWGC record does not show where vessels were at the time of the death of the casualty, and the record was often for their memorial commemoration as the person has no known grave.

Web sources proved a real boon as there is much research that has been done already to help inform the decision. They were especially useful when researching details of French commandos serving under British Command as they aren’t listed by the CWGC.

I couldn’t have done it without help and thanks go to Steve, Caroline and Andrew who helped with some of the research. Many fascinating stories have revealed themselves, some of which I hope to share over the course of the memorial project.

Search the Roll of Honour.