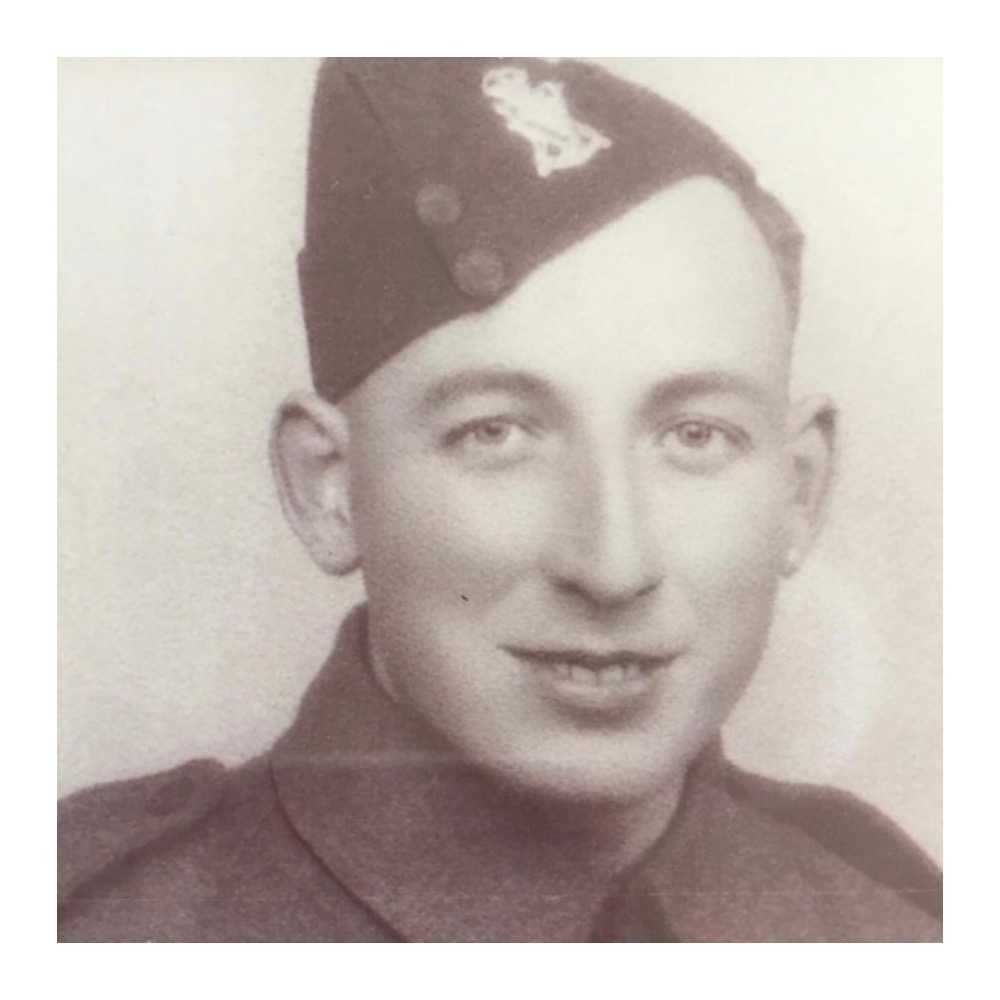 Enduring memories of a father who never came home

Toni Moore (née Wallis) is the daughter of one of the 22,442 to be named on the British Normandy Memorial. Corporal Frank Thomas George Wallis, was in the 2nd Battalion The Royal Ulster Rifles and was killed on 19 July 1944, aged 29. He is buried at Banneville-la-Campagne War Cemetery towards the east of Caen.

Toni moved to Australia in 1957 and lives there with her family. Her two daughters, Clare and Tracy, will attend the official opening of the Memorial in September, to honour the grandfather they never met.

With kind permission, we share below Toni’s lasting memories of her beloved father:

My father’s Battalion was first introduced to combined operations in summer 1942 at The Combined Training Centre, Inveraray, Scotland. The equipment was primitive canvas and plywood craft with outboard engines; but on each successive visit to Scotland the equipment became better and the Battalion more efficient in combined operations. After thinking they were off to Sicily in 1943, it was cancelled with the Canadians going instead. Information received at the end of 1943 indicated they were retained for an even greater and more dangerous job: the long-awaited invasion of Europe. So, at 10.00 on D-Day (6 June 1944), the Battalion landed on a beach in Normandy, at a spot west of Ouistreham. Of course, a lot happened after that, including the loss of so many lives in this Battalion alone. 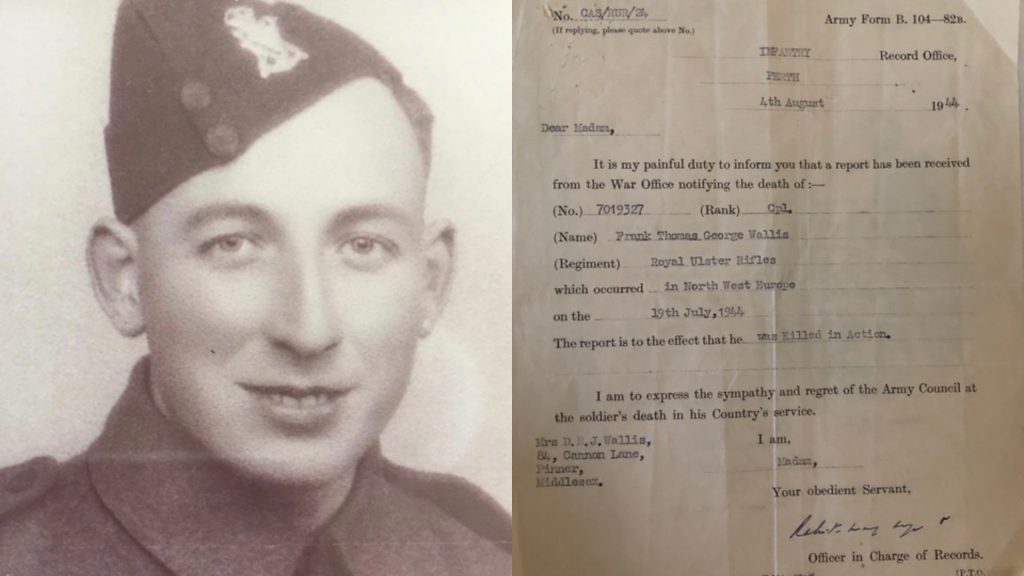 As I was only eight at the time the telegram came, I have only a few memories of Daddy. The first is being in a small boat on the river at Cambridge together. Then he came home on leave and took me for a walk around the block in the blackout. I must have been disorientated as I was amazed when we arrived home from the opposite direction.  Another time he came in a truck with three or four other soldiers. They slept on paillasses on the living room floor, and when they departed in the morning, they had left some straw on the rug, which I thought was very untidy. 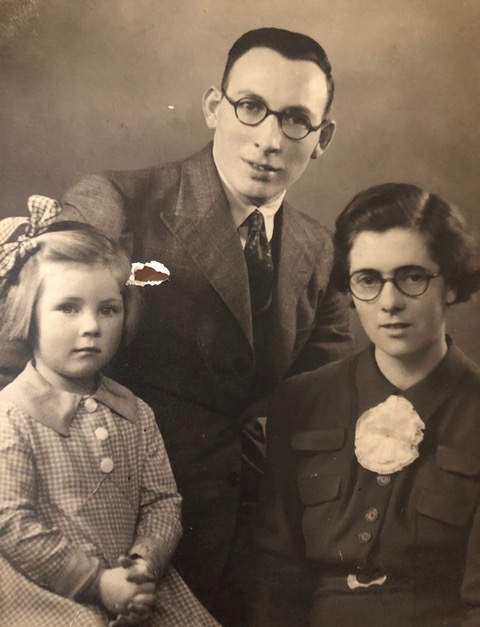 Toni with her father, Frank, and mother, Dorothy, taken just before Frank departed with The Royal Ulster Rifles

The last time was when my mother and I met Daddy on a railway station platform in London for a very short time. I often wonder; it’s so long ago, do I really remember those things, or were they recounted to me by my mother or grandparents? What I do remember, as though it was yesterday, is the day the telegram came.  My father is still with me, I think of him often and still feel so sad that we were denied that important growing up time together, and that he never got to know his grandchildren and their families. He gave his life, so that we were able to live freely, to do whatever we wanted and go wherever we wanted.