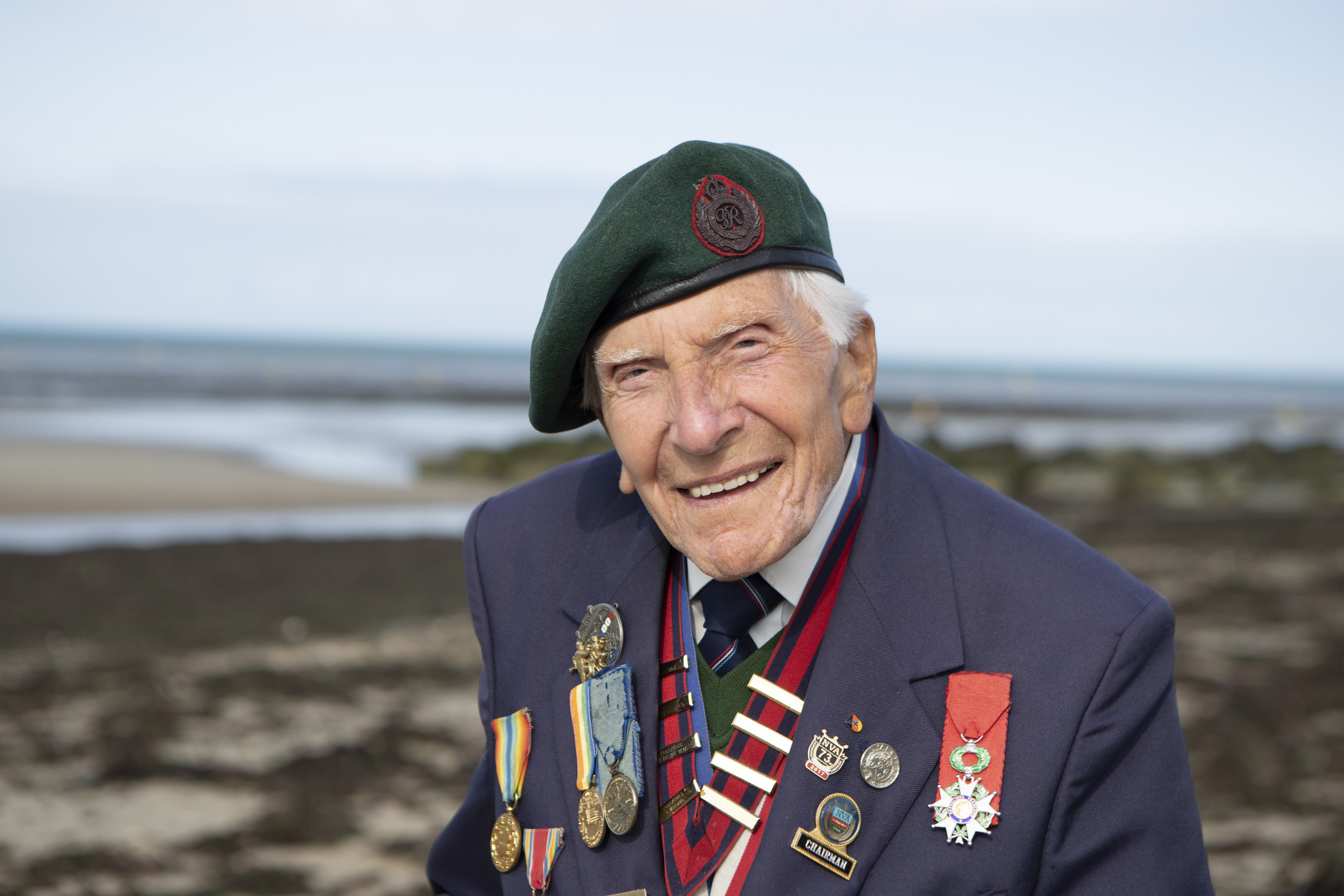 As an 18-year-old Sapper with the Royal Engineers, Harry Billinge landed on Gold Beach at 6.30am on 6 June 1944, as part of the first wave. Like so many Second World War veterans, memories of D-Day and the loss of so many comrades have never left him. Seventy-four years on, Harry has dedicated himself with great fervour to fundraising for the Normandy Memorial Trust.

Upon receiving the Trust’s brochure in the summer, Harry felt compelled to show his support for the memorial as a way of honouring his fallen friends. “I read it from cover to cover. I started collecting the same day I got the brochure.”

Since early July, the 93-year-old has been collecting on St Austell’s Fore Street all day every day and has so far single-handedly raised a staggering £5,000 and counting. He’s received the backing of his local MP, Steve Double, businesses up and down the high street, and the local community. His story has even appeared in the local newspaper St Austell Voice, where he’s quoted as saying, “Everything I have done for all the charities over the years, this is what I have been saved for.” 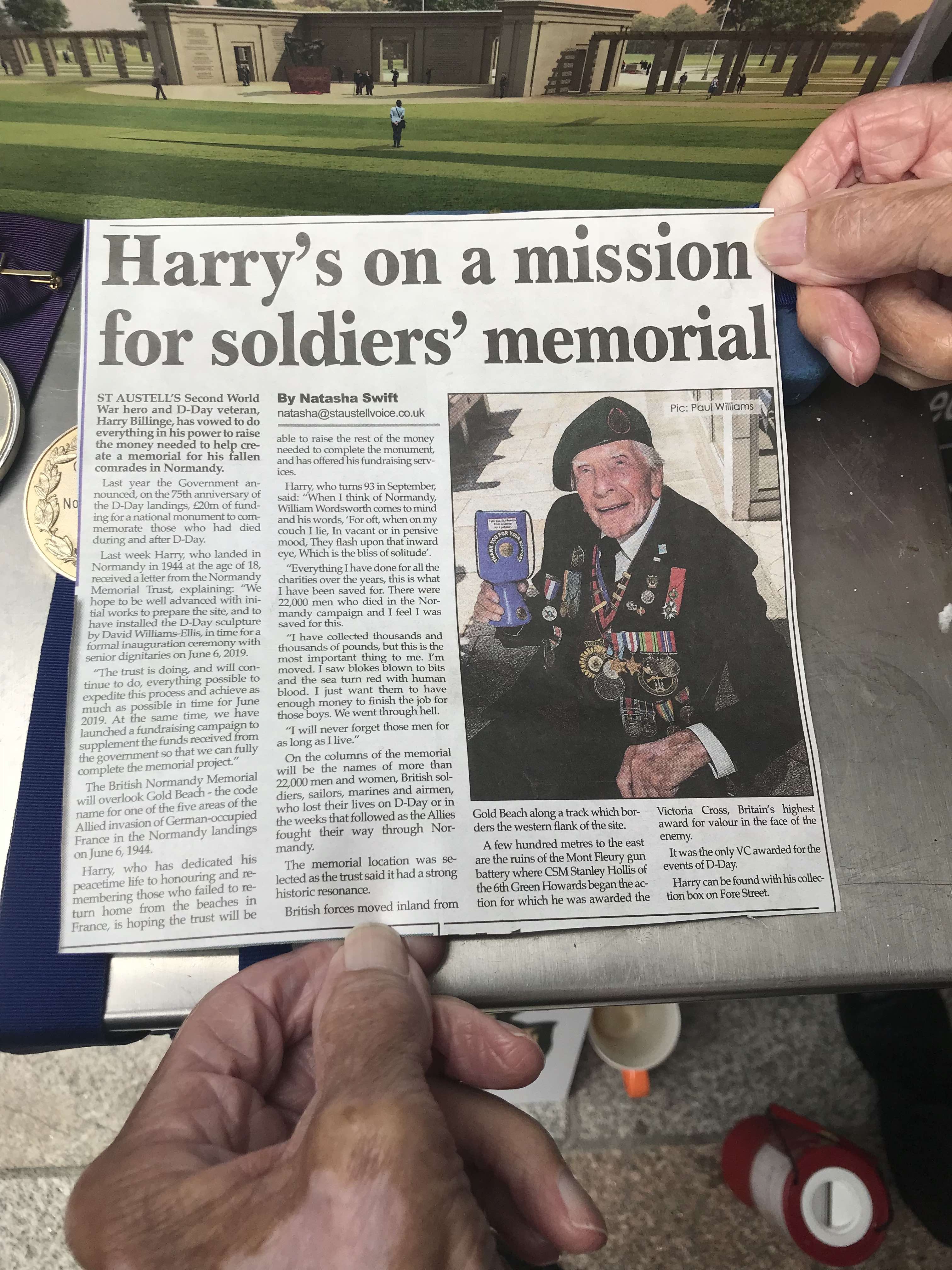 Chairman of Trustees, Lord Peter Ricketts, has written personally to Harry to convey the Trust’s immense gratitude. “We are all incredibly grateful to Harry for his gallant fundraising endeavours and for promoting our work so passionately. The support of Veterans like Harry is of paramount importance as plans for the building of the memorial take shape.”

Harry has no plans to hang up his collection tin anytime soon. “I am very humbled and very proud to think that I’m making some sort of contribution. It means more to me than any other charity I’ve ever collected for and I’m still doing it. Those boys will never die while I’m alive.”