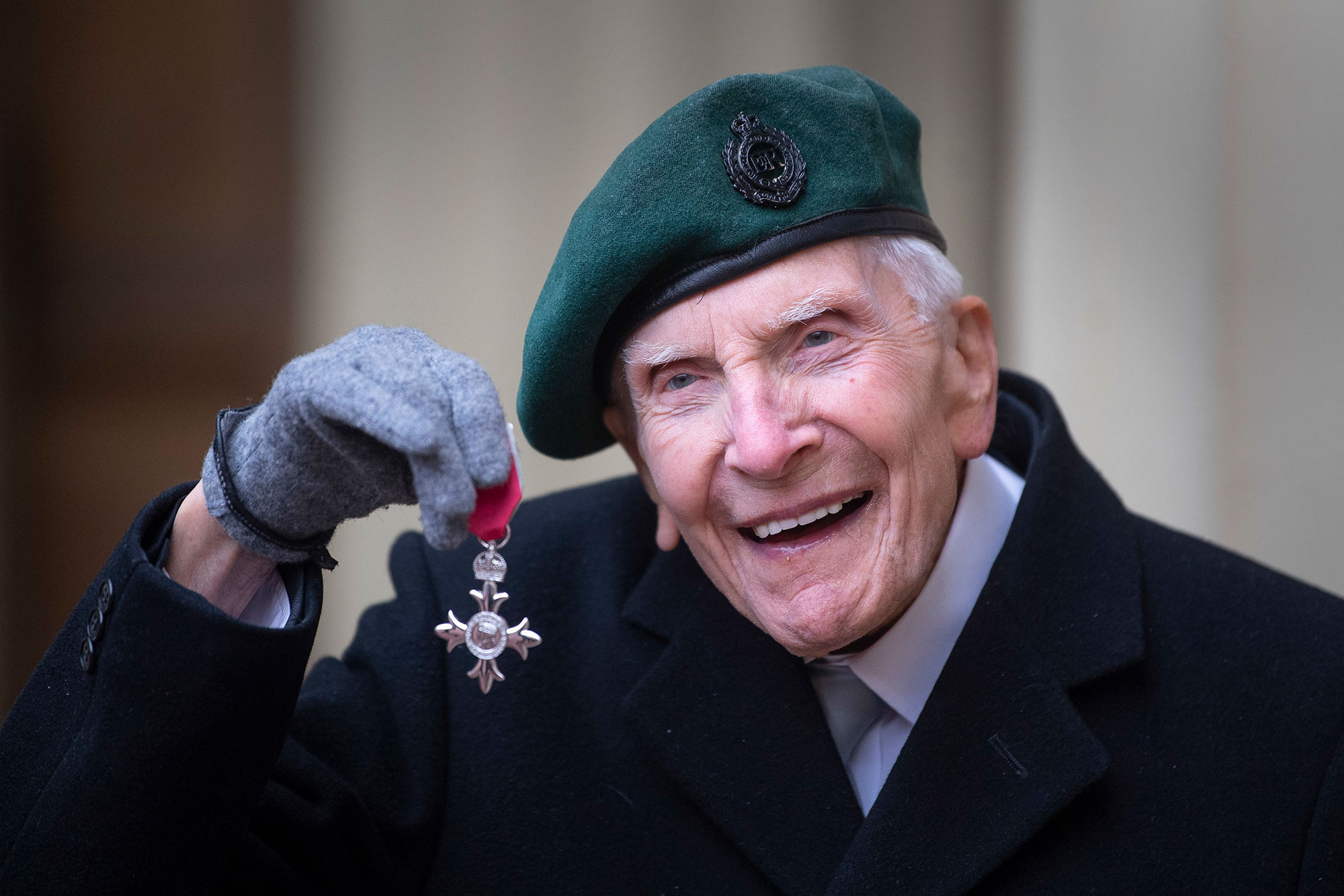 “I never expected any medal for collecting a few pounds, or a thousand pounds for the boys that never came back”.

Congratulations to Harry Billinge who was presented with the honour by Her Majesty The Queen during a ceremony at Buckingham Palace.

He said of the ceremony, “The Queen said some beautiful things to me about collecting the money for the memorial. She shook my hand and said ‘I congratulate you’ and then put the medal on me.”

He collects every week in his home town of St Austell and has raised more than £30,000 for the Normandy Memorial Trust.

The Trust is hugely grateful for Harry’s unwavering support and dedication to this special project.